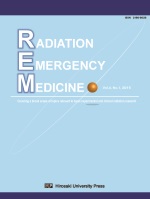 Epidemiology is the study of the distribution and determinants of diseases or other healthrelated events. Descriptive epidemiology aims to investigate the distribution of diseases by time, region or in different groups of individuals, while analytical studies are used to study determinants of diseases. The most common analytical approaches are case-control studies and cohort studies. Both study designs are introduced with respect to methods, measures of risk, weaknesses and strengths. Examples for radiation epidemiological studies are the atomic bomb survivors of Hiroshima and Nagasaki, and occupationally, environmentally or medically radiation exposed populations. Generally, the choice of the study design depends on many factors such as the disease (frequency, latency) and the exposure (rare or not) to be studied, the time over which the study can be carried out, the resources available to collect detailed individual data and the potential to minimize bias and confounding. The interpretation of results of epidemiological studies requires consideration of systematic errors (information bias, selection bias), confounding and chance. Finally, the likelihood that an association between radiation exposure and health outcome is causal should be evaluated. Criteria for assessing if an association is causal include temporal relationship, biological plausibility, consistency, strength of the association, exposure-response relationship, reversibility and coherence.

Issues and Challenges of Radiation Risk Communication to the Public

This article focuses on issues and associated challenges in radiation risk communication to the public. All of the issues start with very simple questions and the challenges are to answer them in a way that can be easily understood by the public. Two of the most commonly asked questions are addressed, “what is radiation?” and “are we safe?”. The discussion is based mostly on information available on the internet to the public. Collectively, more is known and understood about the biological effects of radiation than any other toxin or carcinogen. As health physicists, we are confident that current radiation dose limits protect workers and the public. It is our duty to engage the public, address their concerns, translate our knowledge to their language, and eventually build trust among us. From the discussion given here, one can see that radiation risk communication to the public is a science-based art. Depending on how it is designed, the communication can be a beauty to people when it makes their life easier, or it can turn into a beast when it makes people even more scared of radiation.

In case of a radiological emergency, it is essential to assess the possible dose received by possible victims. Several disciplines, such as physical dosimetry, dose reconstruction and biological dosimetry should put together their expertise to respond as fast as possible. Among different methods used in biological dosimetry, “dicentric analysis” is still the most widely used method, as it has the lowest detection limit, is the one that most accurately estimates the dose, and distinguishes between whole- and partial-body irradiations. To score dicentric chromosomes, peripheral blood lymphocytes have to be stimulated to enter the cell cycle and reach metaphase. In addition, skilled scorers should analyze at the microscope complete cells containing 46 centromeres and to recognize dicentrics chromosomes with their corresponding acentric fragment. For this reason, dicentric analysis is time consuming and in case of an accident involving a large number of victims, it should not be possible to respond promptly. One promising improvement of the methodology is to automate dicentric analysis, and nowadays several laboratories of biological dosimetry have the equipment needed to perform automatic dicentric scoring (ADS). Here we present a review of different experiences carried out at the “Institut de Radioprotection et Surete Nucleaire” from France to compare ADS in relation to manual scoring (MS) and evaluate the feasibility to introduce ADS as a real option to be used instead of MS. The experience obtained indicates that automatic dicentric scoring is a real alternative and is mature enough to substitute manual scoring.

Characteristics of the Environmental Radon and Thoron in Minamidaito-jima, a Comparatively High Background Radiation Island in Japan

Interventional radiology (IVR) procedures are indispensable in treatment directly connected to lifesaving. As IVR requires X-ray irradiation for a long time and is carried out repeatedly, the skin dose to the patient is high. We measured waveforms of the entrance surface dose in pulsed fluoroscopy with the intent of reducing the exposure dose from IVR. Using a flat-panel detector (FPD) system, we also measured entrance surface doses in various cases in normaland low-dose modes. As a result, wavetail cutoff of waveforms was confirmed. In addition, we confirmed that in each of the cases of lower pulse rates, lower frame rates, larger FPD sizes, larger irradiation fields, shorter table-FPD distances, and thinner phantom thicknesses,doses decreased. Based on these results, from the perspective of reducing exposure doses, fluoroscopy or exposure should be undertaken using: a low pulse rate; a low frame rate during exposure; a large FPD size without magnification; an irradiation field that is not small; and an FPD brought to close to the patient.

Radioactive materials are produced when a linear accelerator (LINAC) generating highenergy X rays is operated. The following two methods are followed for disposing of these materials in Japan: 1) consigning disposal of the materials to the Radioisotope Association or 2) using a radioactive contaminant confirmation system that allows very-low-dose radioactive contaminants to be disposed of as industrial waste. Identification of radioactive nuclides is required for both methods, and nuclide identification using a high-purity germanium (HPGe) detector is indispensable under the existing circumstances. Upon the disposal of a LINAC in this study, we conducted nuclide analyses using both an HPGe detector and an NaI(Tl) detector, and compared the results. Eleven nuclides were detected in the analysis using the HPGe detector. 51Cr, 54Mn and/or 58Co, 60Co, 65Zn, 124Sb and 198Au could be detected using the NaI(Tl) detector, while 57Co, 110mAg, 181W and 196Au could not be identified with this detector. However, if the count of a spectrum is large and the energy distribution waveforms bore no similarity, nuclides could be identified. The study suggests that an NaI(Tl) detector could be also used for measurement of radioactive materials.

Monte Carlo calculations were carried out to evaluate absorbed dose rates in air and dose buildup factors at a height of 1 m above the air-ground interface for underground 134Cs and 137Cs sources having three typical types of depth profile, i.e. slab, exponential and triangular sources. The calculated results showed that the respective dose rates and buildup factors were relatively different one another. In addition, a linear relationship was found between mean source depths expressed in natural logarithm and the corresponding dose rates.