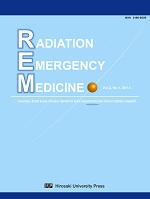 It is in the course of controlled radioactive gaseous and liquid releases and radiological environmental and food monitoring that radionuclides are commonly measured. The results of such measurements produced at the rate of several thousand per annum for States with nuclear plants, subsequently enable corroboration of impact assessments and of compliance with authorized limits on releases of nuclear installations, including hospitals and research centers. All nuclear stakeholders must have agreed the sampling and test methods to implement: the operators, the regulatory authorities, and the local information committee and associations. As reliable, comparable and ‘fit for purpose’ data are an essential requirement for any public health decision based on radioactivity measurements, international standards of tested and validated radionuclide test methods are an important tool for the production of such measurement results. The application of standards serves also to guaranty comparability over time of the test results and between different testing laboratories. Laboratories apply them to demonstrate their technical qualifications with successful completion of proficiency tests during interlaboratory comparison, two prerequisites to obtain national accreditation. Today, over a hundred international standards, prepared by Technical Committees of the International Standardization Organization and the International Electrotechnical Commission, are available for application by testing laboratories to measure the main radionuclides released into the environment and likely to be contained in air, water, soil, bioindicators and food samples. This paper presents the international standards already published that could be used as normative references by testing laboratories in charge of radioactivity monitoring of environmental matrices and food as well as those currently under drafting and future development of standardized fast test methods in response to a nuclear accident.

Since the Fukushima Daiichi Nuclear Power Plant accident began, many papers on dose estimation have been published. Generally, dose estimation needs dosimetric parameters and assumptions on personal behavior such as style of intake (in the case of internal exposure) and daily time budget (external exposure). Differences in these parameters as well as dose estimation methods result in different dose values, which sometimes leads to misunderstanding and confusion for the general public. This paper reviews articles which mention internal and external doses to residents due to the accident, together with available information on dose estimation methods and assumptions used in those studies. The reviewed articles are categorized according to their topics: (1) internal dose to thyroid, (2) internal dose to the whole-body (effective dose), and (3) external dose. In addition, dose due to natural and medical radiation is discussed.

The Critical Role of Hypoxia in Cancer Progression:
a Mini-review of Recent Literature

Hypoxia-inducible factor (HIF)-1α has been extensively studied as a cancer-progression protein. It plays a central role in tumor cell proliferation, invasion/metastasis, the epithelial mesenchymal transition (EMT), angiogenesis, and glucose metabolism. HIF-1α-related proteins, including vascular endothelial growth factor, matrix metalloproteinase-9, lysyl oxidase, Snail, and Glut1, play a variety of roles that promote the aggressive nature of tumors. HIF-1α is expressed under both hypoxic and normoxic conditions in certain types of cancer. In this article, we review the reported properties of this protein in the context of hypoxia and related cellular events. We also briefly describe the transcription and translation of HIF-1α.

How continuous exposure to low doses of radiation affects lifespan and health status is essentially unknown. Leukemia is a type of blood cancer that develops in humans and mice soon after irradiation. We compared chromosomal aberrations between LDR-induced murine myeloid leukemia (ML) and spontaneous ML to clarify the leukemogenic effect of chronic low-dose radiation (LDR). Formalin-fixed, paraffin-embedded spleens from mice with spontaneous ML (n = 11) and ML that developed after 400 days of exposure to 20 mGy/22 h/day of γ-radiation (n = 11) were analyzed using array comparative genomic hybridization (array CGH). We found that gain aberrations predominated among the chromosomal anomalies of LDR-induced ML, whereas loss aberrations were most prevalent in spontaneous ML. The genomic regions with gain aberrations of LDR-induced ML included the Etv6, Ntrk2 and Rasgrf2 genes that are associated with leukemia or self-renewal. Exposure to chronic LDR induces ML via a mechanism that differs from that of spontaneous ML.

This paper introduced one example of optimized safety managements for X-ray irradiators with various levels of potential exposure risk used for researches. How to manage X-ray irradiators and workers using them under the consideration of reasonable radiation protection in the case of The University of Tokyo has been shown. Japanese regulation on usage of X-ray as well as important ideas of optimization of radiation protection by International Commission on Radiological Protection (ICRP) is explained. To achieve an optimized safety management of X-ray usage in The University of Tokyo, the following two categorizations have been developed: (1) categorizing X-ray irradiators into five groups based on the potential risk on radiation exposure to workers using them, and (2) categorizing workers into two groups based on the information on the category class of the irradiator which they use. After starting the new safety management system in the university, without decreasing safety management quality and safety culture of workers, related management cost could become downsized. In addition, a load such as health surveillance etc. of lots of the workers using irradiators with comparatively lower risk has been also decreased.

To reduce radiation-related casualties, it is important to establish an easy-to-use therapeutic protocol for the emergency medical care of patients involved in radiation accidents. The present study aimed to establish an optimum therapeutic protocol using currently approved pharmaceutical drugs to increase the survival of victims exposed to lethal radiation and aimed to estimate the long-lasting radioprotective activities of the present therapeutic protocol. The present combination of four drugs–recombinant human erythropoietin (EPO), granulocytecolony stimulating factor (G-CSF), c-mpl receptor agonist romiplostim (RP) and nandrolone decanoate (ND)–was administered to mice within 2 h after exposure to a lethal 7 Gy dose of γ-irradiation. On day 100 after irradiation, the health of the mice was analyzed using various hematological parameters, such as the number of peripheral blood cells, bone marrow cells and hematopoietic progenitor cells. Approximately 12.5% of the untreated irradiated control mice survived for 100 days. The combined administration of G-CSF, EPO and RP for 3 consecutive days and ND for 1 day immediately after irradiation led to an 87.5% survival of the irradiated mice until day 100. Hematological analyses showed that the number of most of the hematopoietic cells in the treated surviving mice had recovered to the levels of the nonirradiated mice on day 100. The present findings show that the combination of G-CSF, EPO, RP and ND may be a useful countermeasure for victims exposed to accidental lethal irradiation.

A 22 × 22 response matrix for a 3”φ× 3” NaI(Tl) scintillation spectrometer was derived to unfold pulse height distributions of gamma rays emitted from I-131. The unfolded energy spectra yielded information concerning fluxes and dose rates due to primary and scattered components, respectively.

Measurement of absorbed dose rate in air was carried out at the main campus (Bunkyo-cho Campus) of Hirosaki University about two years after the March 2011 accident at TEPCO’s Fukushima Daiichi Nuclear Power Plant. Three pocket survey meters and one 3-inch × 3-inch NaI(Tl) scintillation spectrometer were used for the measurement of absorbed dose rate and gamma-ray pulse height distribution, respectively. The arithmetic mean ± standard deviation based on 95 measurement locations at the main campus was 24 ± 3 nGy/h. Neither 134Cs nor 137Cs was observed throughout the whole survey time. This result suggested that their amounts were comparable to the natural background radiation level found at Hirosaki University.