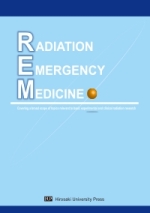 Radiation-induced Cell Death and its Mechanisms

The Chornobyl (Chernobyl) nuclear power plant accident happened on April 26, 1986 in northern Ukraine, then a Soviet republic, was the biggest nuclear catastrophe in human history. The lessons of this catastrophe are extremely important for global nuclear safety and for nuclear medicine. This review concerns the results of complex animal research carried out on an experimental base of the Institute of Experimental Pathology, Oncology and Radiobiology of NAS of Ukraine in Chornobyl city since October 1986 as well as findings of more recent animal studies. Significant effects in animals exposed to radiation in the Chornobyl area, including reduction of lifespan, reduction of latent period of tumours, chronic oxidative stress, mutagenic effects and others are presented. On the other hand, we review the well-documented human health effects occurring years after the Chornobyl catastrophe. A comparison of human health effects and the findings of animal research following the Chornobyl accident reveals some similarities, but analysis of data from two such disparate groups requires utmost care.

Baseline Survey of Health Status of Population in 2006 around a Uranium Mining Site in Jaduguda, India

There is a concern about increased risk of cancer & congenital anomalies in populations staying around Jaduguda Uranium Mines, Jharkhand, India due to uranium mining activities. A crosssectional quantitative study was done to assess the health status covering the area of 5 km around Mining site. From the household, 2,693 were called to the health camps for further screening. From 1,523 who attended the health camp, 220 cases were referred for confirmation of diagnosis. Only 91 cases could complete most of the diagnostic tests. During household survey, presence of lump (1.8%) was the most common complaint followed by bleeding from any site (1.4%), etc. Among females the most common complaint during last 6 months was leucorrhoea (3.4%). Mental retardation and physical deformity was reported in 0.3% and 0.7% individuals respectively. Out of 56 people referred to confirm cancer, only one case was confirmed. From 35 people who were referred to confirm congenital anomaly, only 6 cases were confirmed. Most of the complaints are reported from a single block which may be because people here are more aware and conscious. This data can be considered as baseline data for any future studies.

This study evaluates individual risks for the Georgian population exposed to indoor radon at different radon concentrations and for different periods of their lives. Based on the BEIR VI risk model modified by U. S. Environmental Protection Agency,individual risks of radon induced lung cancers are calculated using the European Group B age-specific rates for overall and lung cancer mortalities in 2004 as well as the Georgian smoking prevalence data in 2001. For the first time, convenient tables of lifetime relative risks are constructed for lifetime exposures, short exposures between any two age intervals from 0 to 110, and for various radon concentrations found in homes from 25 to 400 Bq/m3. The risk of developing lung cancer from residential radon exposure increases with radon concentration and exposure duration. The detailed tables can help radiation protection practitioners to better communicate indoor radon risks to members of the public.

Among the most important tasks in quantifying spatial phenomena in environmental assessment is delineation and quantification of zones of high values of a response variable, for beneficial cases (resources) like for detrimental situations (pollutants). If no exhaustively known physical control variable is available, such as geology in some cases, assessment of “excursion sets” (Adler) or “hot spots” is often based on geostatistical procedures, like simulation. Often the estimation procedure has to rely on only few “anomalously” high, amidst many “background” observations with point support. A common definition of such zone is a connected set of mapping units (pixels, grid cells, estimation supports) in each of which the estimated expectation of the investigated variable exceeds a threshold. However the resulting area of a “patch”, as geometrical object, is different from the expectation of areas of many patches each resulting from a realization of the field through simulation. This is demonstrated on the example of observed 131I concentrations over Europe after the Fukushima accident. It is found that the difference in estimated size of hot spots between the two approaches can be considerable, and may have to be taken into account in cases of importance, e.g. if for radioprotection reasons a conservative estimate is needed. The effect adds to the uncertainty budget of quantified properties of the object (like its size), but conceptually differently from other uncertainty components related to geostatistical estimation procedures, such as uncertainty of histogram, distribution tail modelling and variogram.

The effect of X-irradiation on extracellular matrix components was examined in cultured rat fetal osteoblasts and rat femurs. The osteoblasts were X-irradiated at 2 Gy or 5 Gy, and gene expression of matrix metalloproteinase (MMP)-2, MMP-13, type-I collagen and decorin were analyzed by real-time polymerase chain reaction. Hyaluronan in the medium was also determined after 48 h of culture. Expression of the MMP-13 gene was found to be increased, whereas those of the type-I collagen and decorin genes tended to be decreased. Synthesis of hyaluronan and expression of the MMP-2 gene were not significantly affected. We then subjected Sprague- Dawley rats to X-irradiation at 2 Gy or 5Gy. After 1-3 months, the rats were euthanatized and the glycosaminoglycan fractions were purified from their femurs. These fractions were analyzed for their uronic acid content, sensitivity to mucopolysaccharidases, glycosaminoglycan chain length, and unsaturated disaccharide units. It was found that the uronic acid content was decreased by X-irradiation. The main glycosaminoglycan in rat femur was identified as dermatan sulfate, and its chain length was not affected by X-irradiation. The unsaturated disaccharide unit of the glycosaminoglycan was found to be ΔDi-4S, and no apparent structural alteration of the glycosaminoglycan was observed after X-irradiation. The core protein and dermatan sulfate chain of decorin have been reported to bind with type-I collagen and to type-IX collagen, which binds to type-I collagen, respectively. The present results thus suggest that the decrease in both decorin and type I-collagen levels in rat bone after X-irradiation may contribute to a loss of mechanical strength.

This study aims to clarify the changes in nurses’ radiation risk perception after attending a training of session on radiation emergency medicine (REM training). A questionnaire survey regarding radiation was answered by 30 nurses before and after attending REM training at Hirosaki University in 2010 and 2011. The survey consisted of questions associated with radiation itself and on topics such as “risk of damage to one’s health by radiation or radioactive substances” (health risk of radiation). We compared the responses between the two years (2010 and 2011). Nurses’ risk perception changed after REM training in the 2011 group but no changes were observed in the 2010 group. The number of items associated with the word “radiation” increased and issue of “fear” decreased in the 2011 group, but the issue of “difficulty” increased after REM training. The severity rating of Fukushima nuclear power plant disaster was calculated as 7.9 ± 2.0, and although the study subjects considered it a severe accident, it did not affect their radiation risk perception following REM training. Perception of “difficulty” in regard to radiation increased after REM training, possibly due to the fact that the subjects had acquired a greater knowledge of radiation and its effects. It is concluded that REM training have changed the nurses’ perceived radiation risk and that the occurrence of Fukushima nuclear disaster may have influenced the results.

The aim of this study is to clarify changes in the educational effects and radiation risk perception of students enrolled in a health sciences school by radiological education after the March 2011 Fukushima nuclear power plant disaster. A questionnaire survey regarding radiation was given to 156 first-year students in 2010 and 129 first-year students in 2011. The survey was conducted before and after an ‘Introduction to the Basic Radiation’ class taught between April and June. Questions about radiation risk perception were based on the study of Kanda et al. and covered fear of radiation (‘fear’), difficulty in understanding radiation (‘difficult’), interest in radiation (‘interest’), and understanding the effects of radiation on the human body (‘effects on humans’). The ‘fear’ , ‘difficulty’, and ‘interest’ scores were decreased in the 2010 group more than in the 2011 group (p<0.001). The ‘effects on humans’ score was increased in the 2011 group compared with in the 2010 group (p<0.001). In the 2011 group, ‘fear’ and ‘difficulty’ showed a little decrease in score and the ‘interest’ score was stable. It is important to offer systematic radiological education to health science students and to execute the education by matching it to their readiness and social environment.

Local variability of external gamma dose rate has been measured in the centre of Fukushima City, Japan, in March 2012. The arithmetic mean in the monitored zone was 0.48 μSv / h and the coefficient of variation, 27%. Small-scale variability is very high and the observations revealing no local autocorrelative structure. The reasons are probably locally very different effects of redistribution, accumulation and depletion of the fallout, as well as shielding of gamma rays. These effects are typical for urban environments. Spatial median smoothing allows identifying an autocorrelative structure of local means, which may be interpreted as mid-scale differences in deposition levels. The result is however uncertain, given the low number of observations and the small area which has been sampled.